Among the attendees of this event were the Ambassador of the Republic of Korea and acting Head of the UN Department of Public Information, Maher Nasser (MC). In his opening remarks, Ambassador Koro Bessho stated, “Art and culture may not solve all the world’s conflicts, but it does inspire us to both envision and strive for peace.”

At the event, the Martha Graham dancers, led by the Japanese dancer Miki Orihara, gave a few dance demonstrations and then held an interactive lesson where UN staff, diplomats, and their families could learn and ultimately perform a dance with the dancers. In addition, the shakuhachi (Japanese flute) player Ralph Samuelson also performed along with the dancers, making it a lively and energetic event.

Over 300 guests came to the event, and over 130 postcards where guests could write their messages of peace in their native languages were collected. 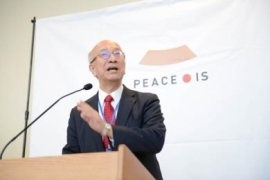 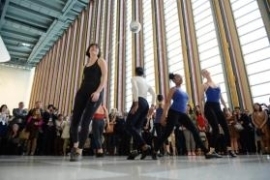 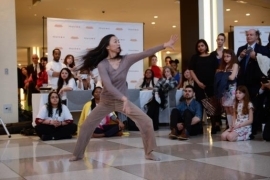